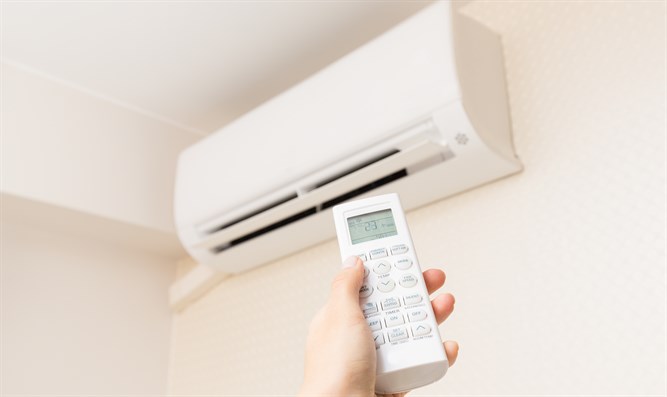 People’s lifestyle has gradually changed over the years in Winnipeg, Manitoba. There are still a lot of things we do that is similar to what our great grandparents did back them but you have to admit that modern living isn’t always a walk in the park. Not only is our over reliance on technology a dangerous thing but our vices have gotten more uncontrollable despite the advent of modern science.

Vices like alcohol drinking and smoking are proving to be major causes of much of man’s maladies and it does not end there. The world becomes more crowded than ever and as such we share very limited space with others. You may study, work, or live in the same building or house with smokers, so it is inevitable for you to inhale second-hand smoke. But were you aware there is actually such a thing as third-hand smoke?

It’s probably the first-time for some of you to hear about such a term but it has been around for ages. As you’ll soon find out.

Secondhand smoke, the cigarette smoke people breathe in when they're around people who are smoking, is recognized as a major cause of disease in nonsmokers, including lung cancer. Getting away from the smoke is obviously one way to avoid the ill effects, but it turns out that escaping the reach of cigarette smoke is remarkably difficult.

This is because the smoke and chemicals don't leave the room after the cigarette is put out or even after the room has been aired out. Instead, the funk becomes attached to surfaces and lingers, often for decades — meaning humans and animals can still be exposed to the harmful effects of cigarette smoke long after a cigarette has been discarded.

It’s interesting that we have all been victims of third-hand smoke for the longest time without us really knowing. If you are a non-smoker and used to think that you endanger your health by getting near smokers when they are actually smoking, the reality of third-hand smoke is a big slap to the face.

Over the years, the medical community is gradually learning about its nature and the risks it brings. And experts discovered that HVAC systems actually facilitate in the spread of third-hand smoke. These chemicals in the tobacco smoke can seep and stay in fabrics, for instance, and negatively impact human health in ways that are still not totally understood by today’s world.

People all over could be breathing in the lingering particles from years-old smoke breaks, researchers reported Wednesday.

They found evidence that lingering smoke particles — called thirdhand smoke — can be picked up and spread all around buildings by forced air HVAC systems.

That could mean that people need to be aware not only of secondhand smoke from cigarettes and other tobacco products, but might need to worry about people taking smoke breaks outside, or even the residue from years ago.

The thought of having third-hand smoke almost all around you is quite disturbing especially for those with allergies or who often suffer from sinus congestion. Kids are also largely affected too and this unnecessary exposure can impede their normal growth and development.

But it’s not enough that you know, you should be able to tell too. So, how can you tell that your home AC is actually spreading third-hand smoke?

In an experiment conducted in a room where no one had smoked for years, DeCarlo found that 29% of the air particles were affected by tobacco components. Though it's not clear how the particles entered the room, DeCarlo and his colleagues noted that “20 meters down the hall” is an “outdoor balcony where illicit smoking occurs,” NBC emphasized.

They also noted that HVAC systems recirculate air throughout multiple rooms, so “what happens in one room affects all the other rooms in the zone.”

“For this reason, a room located near a smoking area with smoke penetration or a room occupied by a smoker can effectively expose the other occupants served by the same HVAC system to thirdhand smoke, even if they do not share space directly.”

Keep in mind also that third-hand smoke isn’t just from casual smokers in the room but the remnant of smoke from months to years ago still stays. And with increasing modernization, the majority of homes and buildings are now equipped with HVAC units that operate 24/7 in accordance with the season.

Think of all those third-hand smoke that circulates in the room and you end up breathing too. While the talk of third-hand smoke needs further studies from the experts, it helps to raise awareness about it and take whatever precaution you can do to safeguard your health. It’s also about time HVAC manufacturers take the filtering process even more seriously and find out ways how they can prevent the spread of third-hand smoke when these systems are in use.